Should we disconnect organisational change and technology? 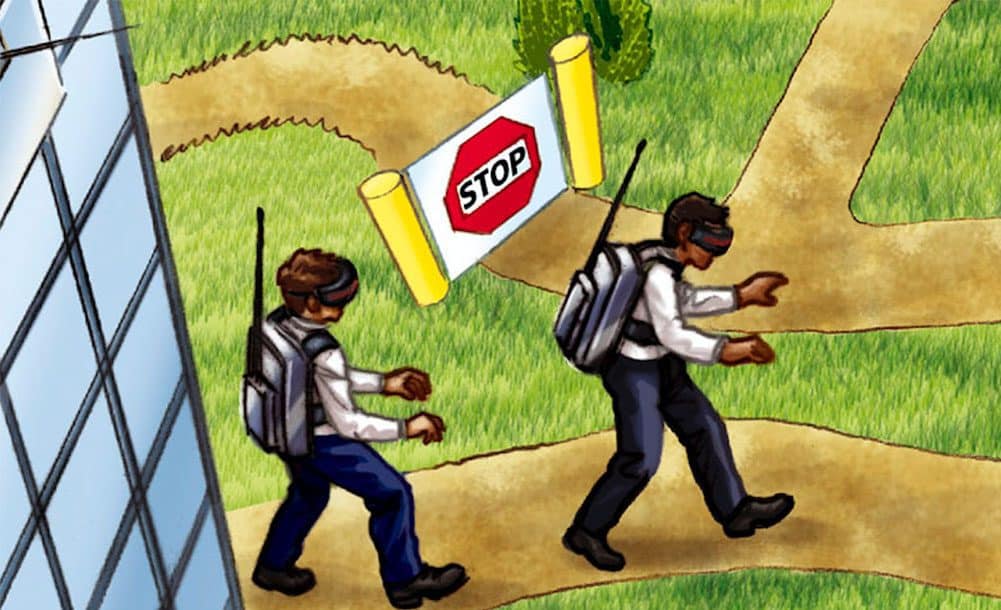 Organisational change and technology often go hand in hand, and you may consider that technology should make the process of change less burdensome. However, there is a growing body of evidence that reliance on technology is impeding the ability to navigate change. In this article, you’ll learn why.

Change is a people business, not a technological process

In our recent article, we examined what’s the best staff engagement strategy for sustainable change, noting how McKinsey & Company had found that communication is both central and essential to success in transformational change initiatives. This is because change is a people business, in which emotions shape response and the organisational change landscape.

A problem facing many organisations today – and one which may become worse with the progression of time – is that people are losing the ability to think for themselves.

The reason? We are placing too much faith in technology and processes. People are unlearning the ability to pay attention to their environment. Thus, if something goes wrong, people are less able to think innovatively and navigate a new course.

The lesson is that, while you will probably use technology in the change process, it’s essential to also prepare to disconnect organisational change and technology.

The GPS is a marvellous innovation. I am certain that it has prevented many an argument between driver and navigator, and countless hours of being lost in the wilderness of a big city’s web of one-way roads and dead ends. But, there are also many stories that evidence the error of tuning out the environment and blindly following GPS directions – failing to think for ourselves.

Sir Anthony Seldon, Vice-Chancellor of The University of Buckingham, has recently warned that children are losing the ability to read maps, thanks to their mobile phones and GPS. Could this be a warning to those who put excessive emphasis on organisational change and technology?

At a conference on artificial intelligence, he warned that young people “don’t think what is the landscape I’m going through? What is the topography, what are the buildings?”

“You can see it all in two dimensions. If it is simply a transactional space, they’re losing a powerful grip on reality and my worry is that this is a parable for what could happen in a thousand other applications, whereby these machines that think for you take over our thinking insidiously, they worm their way into our minds and they take over our thinking and make our lives easier, more comfortable, more convenient but less meaningful, worthwhile and profound.”

Organisational change and technology – what the US Navy can teach us

Reliance on technology is an issue that the US Naval Academy recognised as problematic. Its personnel had lost the art of navigation, because of the GPS technology used on its crafts. The solution was to revert to training officers to navigate by sextants– a backup to technological failure, and providing their navigators with a deeper understanding of what the technology is doing. In other words, ensuring that its navigators are able to think for themselves.

Food for thought when it comes to navigating the landscape of organisational change and technology.

Is technology informing or dictating your organisational change?

In the examples of accidents caused by tunnel vision on GPS, if the GPS user had been paying more attention to their environment and what they were doing, the accident would more than likely have been avoided. Attentive drivers avoid errors. If the GPS directs a driver to a road but it is clear that the road is too narrow, the driver would find another route and not become stuck.

The same is true when combining organisational change and technology. People who are environmentally aware will use technology to smooth the process of change, but not to dictate it. If adjustments are needed, good change leaders will pull over, take time to review the current course, and navigate a new direction to their destination.

Read about implementing change with us here: 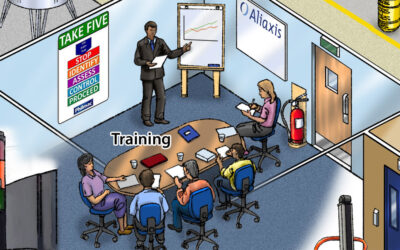 Why offline communication is more important than ever

All businesses will have to define their new normal and communicate this effectively to their workforce. If your organisation is going to be ready, now is the time to start planning your post-COVID communication strategy.

END_OF_DOCUMENT_TOKEN_TO_BE_REPLACED 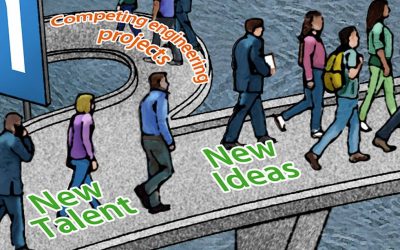 How do you balance the conflicting demands of leadership and management?

Regardless of how great your vision statement is, its effectiveness is determined by how well your leaders and managers communicate it.

END_OF_DOCUMENT_TOKEN_TO_BE_REPLACED 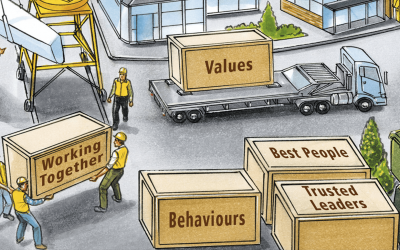 Design an effective leadership culture to ignite a sense of urgency

A sense of urgency is critical for business success in a changing world. What elements should your leadership culture include to create a culture of urgency?

END_OF_DOCUMENT_TOKEN_TO_BE_REPLACED

We have recently become The Big Picture People. To learn more, see our About us page.