The Iconist – The Art and Science of Standing out | S1 E16 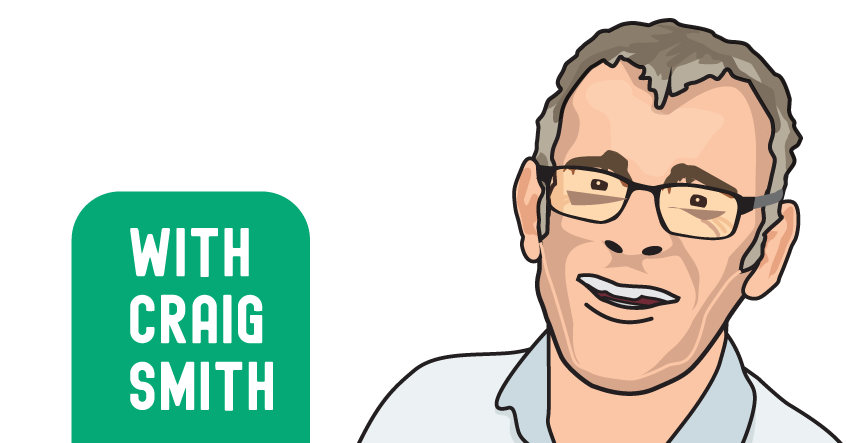 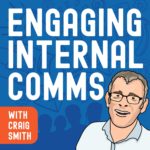 The Iconist – The Art and Science of Standing Out

In this episode of Engaging Internal Comms, The Big Picture People’s Craig Smith talks to Jamie Mustard, multimedia consultant and author of The Iconist: The Art and Science of Standing Out.

Peppered with history, analogies and metaphors, this is an engaging episode that puts slogans and taglines in their place and describes how to communicate in an iconic way that will resonate with your target audience.

“Someone who punches through their own unease or discomfort and the constant thrum of messaging noise that goes on around them and figures out a way to get through, get attention, get engaged, and get their offering out to the world.”

Jamie asserts in his book that you can achieve iconic status (something that is emblazed within our minds) with a targeted individual or group in five minutes – employing guaranteed-to-work formulas in his book.

What is an icon?

Jamie describes iconic status by noting iconic images such as Martin Luther King Jr.’s ‘I have a dream’ speech, the McDonald’s golden M, and Andy Warhol’s Campbell’s Soup tin. “When you hear the words ‘I have a dream’, you can almost hear the entire speech,” Jamie says. The connection is made from a simple statement or image with something of much higher complexity.

In short, an iconic image (whether that image is a picture, sound, words, and so on) encapsulates a whole gamut of emotions, thoughts, feelings, and knowledge. In essence, it’s a highly relatable summary.

Why is being an iconist so significant now?

In the last 25 to 30 years, we’ve moved to an overwhelming torrent of informational communication. People are constantly distracted by a bombardment of messages – what Jamie calls ‘messaging overload’. Jamie is concerned about what this is doing to people who are trying to get their offering into the world. Because of message overload they cannot get engagement, and this is causing them huge angst and anxiety. People miss out because valid offerings get lost in an ocean of content.

“If you were the average person in the UK or America walking around a town or village in 1950, you would have been exposed to about 250 advertising messages a day,” Jamie tells us.

“The truth is that you couldn’t process 1,000… We don’t see everything. We always feel like something is undone. But most importantly, we don’t feel like we can get the attention for the things we used to be able to. 10 years ago, it was easier than now.”

Consequently, we now feel invisible. To combat this, you must become an iconist. You must stand out from the crowd.

Some say that iconic communication that is designed to direct people is nefarious, but Jamie doesn’t see it this way. He says that such communication ‘just is’ communication. It is how human beings prefer to communicate – we want to be anchored to monoliths.

The magic is using such monoliths for good – with monoliths becoming more powerful when they are transparent. It’s the difference between manipulation and influence.

Jamie’s formula is to distil your message to between one and three points that allow people to enter the complexity of who you really are. Presenting more than two or three points will lose your employees or customers.

“In a world that is overloaded with content, if you don’t present something that someone can understand in a microsecond – before they have a chance to even think – you’ve lost them. They’re moving on. They will not see you.”

To illustrate this, Jamie reminds us of how road signs operate – imagery that is big and bold and with nothing competing for your attention.

A warning against slogans and taglines

To gain people’s attention in a world in which there is such an overload of information, companies often create slogans or taglines – something that Jamie believes amounts to a desperate and ingenuine attempt to stand out. They are often false and not real, and are naturally advertorial, self-promoting, and unsubstantiated.

What is an iconist block?

During Craig and Jamie’s discussion, Jamie introduces us to the concept of iconic blocks. He created this from the blocks that little children play with. He notes that they aren’t simply blocks. There is always a shape, or animal, or letter, or some other symbol on them.

That’s a powerful magnetism that exists for your target. When it is repeated over and over to your employees or customers, it will blaze in the mind of your target audience and magnetise engagement – just as it does with children. When the block is taken into the mind of your audience, it becomes an icon.

Jamie asserts that monolithic icons must also be massive. Blown up Sesame Street style. Scientific research proves that the brain reacts more intensely to this, and that this has a more profound physical effect on us. It causes us to say, “Wow, this person really means it!”

An iconist block should also have an emotional connection – like Simon Sinek’s ‘Why’. Internal communications professionals need to solve the problem of connecting to people’s emotions and understanding what is important to them to maximise effectiveness of messages.

How simplicity and oversized works

As an example of how simplicity and size can combine to win hearts and minds, Jamie tells us the story of Ted Huston and his wife Dorothy.

In the 1930s, in the depth of the Great Depression, Ted Huston inherited $3,000 – a very sizeable sum. However, Ted’s ambition was simple. He wanted to open a pharmacy, raise a family, and attend Catholic church.

Ted and Dorothy moved to a small town in South Dakota and opened his pharmacy. But he quickly realised that no one was coming to his store, despite a busy highway next to the town. One day, discussing their predicament with his wife, he asked what it was that the passing traffic needed more than anything else. His wife said, “Cold ice water.”

So, they erected a massive billboard that advertised free iced water, pointing traffic in the direction of the pharmacy. Before they had returned from erecting the billboard, the store was mobbed.

Craig notes how this story is a metaphor for the challenge of internal communications – you have a message to convey, and plenty of people to share it with, but the question is how to get them to listen.

“If Ted and Dorothy Huston could do that back then and thrive, then you can now,” says Jamie.

Jamie returns to the original question posed by Craig: What is an iconist?

“An iconist is somebody who feels the discomfort of knowing they must distil down to one to three things, but does it anyway,” Jamie says. In a world in which adaptability is critical, an organisation’s ability to do this could be the key to engaging its employees and reaching its potential.

Do you have a question that you want answered in an upcoming episode? Do you have an idea that will help to make our podcast better? Let us know by using the form below.